The Pride of being included

As we ease our way into December in Perth, conventionally referred to as Spring but better understood in Noongar framing of Birak (the hot dry time), we have seen a colourful Pride Month come to a close in 2019. This year saw several changes and inevitable evolution come to fruition in how certain aspects were managed, and one that was particularly fractious was the management of the Pride WA Parade. Wristbands were issued for the first time in its 29-year history to those who would march and this in itself was received by many as a contentious requirement. It should be noted that additional bureaucratic demands, even something that may seem as innocuous as registering in advance for wristbands, almost necessarily add to the potential for marginalising or exclusionary experience faced by groups already battling systemic prejudice and challenge.

Misunderstandings, poor handling of communications, resourcing challenges (particularly given Pride WA has historically been and continues to be a volunteer- managed and delivered series of events, activities, and community engagements), and constraints and requirements imposed when managing a large scale public event with the associated risks and diversity of public needs, resulted in some fraught exchanges and moments. Concerns were expressed that some community groups (such as TransFolk of WA) were being deliberately restricted and therefore effectively excluded from the LGBTQIA+ community Pride WA purported to serve. Some vociferously protested the inclusion of corporate groups in the Parade in light of these apparent restrictions. Some interpreted and assumed that restrictions upon participation numbers were direct results of making space for the corporate and publicly funded entities (including the WA Police).

Ultimately, it appeared that the Parade required registration of numbers of intended float participants in advance and some groups had not been able to provide those numbers by deadlines and as such, had been issued participant wristbands below the numbers required for interested persons who wished to march with them. In the end, much of this situation was able to be rectified and sufficient wristbands were issued for those groups, but not without aspersions cast, distress, and consternation in the lead-up. It needs to be acknowledged that this is no small matter in a hard-won and hard-held space such as this. Being visible and being included in the often-challenging territory of being other-than cis-gendered, heterosexual, monogamous, and White in Australia (not to mention additional intersections of disability, mental health, race and ethnicity, religious and cultural beliefs) comes laden with mental and emotional labour, increased risk of poorer mental health,  lower life satisfaction, and increased exposure to potential danger (Sabia, Wooden, & Nguyen, 2017).  Pride and the community it represents comes as a result of a legacy of activism for rights, inclusion, and freedoms, not easily won and not easily maintained and many fear are increasingly at risk of being eroded again. The controversy and discussions also revealed that one group (Danceopia) was commodifying participation in the Parade, selling tickets to march as a fundraiser for its own enterprise and it remains to be seen whether Pride WA or the community will find this acceptable, or in some way a violation of social contract.

Specifically, Pride WA states that, guided by consultation, its primary purpose is to provide “a platform by which the Pride Community can showcase their talents and continue to champion their rights and freedoms” and specifies a recognition that the “Pride Community” includes Lesbian, Gay, Bisexual, Trans, Queer, Intersex, individuals but also “other people of diverse sexuality and gender, and their supporters.” This last inclusion in the list could certainly be argued and interpreted to include both allies in the sense of friends and family (chosen and otherwise) and also, the aspects of community in which LGBTIQA+ individuals live and work. This would include the corporate entities that some were so opposed to in recent discussions around the Pride Parade restrictions, many of which did not touch upon considerations of late-stage capitalism but referred more to certain entities having problematic stances in their history regarding LGBTIQA+ community or, as in some instances, even funding anti-LGBTIQA+ activities. But perhaps, this tension fundamentally rests on a one’s philosophical position. Are we seeking and aiming to be inclusive in a way that many feel and believe the mainstream society has neglected to behave and think towards the queer community? Inequality continues to be a very real experience for many members of the LGBTQIA+ community of Australia, let alone those who lived through and suffered directly and indirectly under laws (since repealed or amended) that made aspects of their relationships, sexuality and identity illegal (Perales, Francisco & Campbell, 2018).

We continue to labour under the strain of cultural heternomativity, institutionalised stigma, experiences of discrimination and stigma (ranging from manifestations of micro-aggressions through to verbal, emotional, and physical violence) and sadly, the pervasive and deeply scarring impact of internalised homophobia (Perales, Francisco & Campbell, 2018). Even within the queer community (acknowledged to be a difficult term for some as it carries historic pain of a slur for many, particularly elders of the community, but arguably increasing in favour as a reclaimed and inclusive term) bisexual members frequently express a sense of exclusion or stigma.  To complicate that further, “bisexual people of color (BPOC) live with a complex intersection of identities, facing binegativity, racism, and invisibility” (Ghabrial & Ross, 2018, 1)

Scars of exclusion, discrimination, and harm from yesterday or yesteryear mark people and their communities in ways arguably as varied as our identities, expressions of selves, and our personalities. The concerns that exclusion was imminent, based on causes speculated to be driven by forces including corporate greed and sinister political machinations, caused some to protest and point fingers, but it also served as a rallying motivator for others. Many within the community, including allies, found ways to counter the restrictions, perceived and real. Just as the community throughout its history has found ways in which to stand for itself, it came out again in colour and with linked arms, finding ways to ensure that resolutions were found. Interestingly, discussions around the Parade’s protest origins and whether the parade should return to an anarchistic unfettered flurry of attendance went largely unacknowledged.

Of course, I say this having been a distanced observer to Pride Month in this instance, confined and restricted more so than usual, by physical illness (exacerbated temporarily due to treatment) and disability. Yet, even from this vantage point, upon reflection, I can see why many remain proud of the community. We’re all still learning and we’re here to get better. 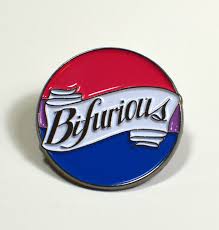 To read more about my exploration of inclusivity, bisexuality (and related expressions of sexuality), and the inclusion of my poem #CBD in the LGBTIQA+ publication Bent Street Volume 3, please visit “Getting bent“.

1 thought on “The Pride of being included”